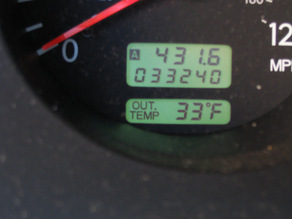 We always talk about the crazy weather at Black Lake and this year was all about freezing our butts off.  For this little adventure, it was just the core of our extended family of fishing buddies, Jason, Mike, Josh and Jordan.  The four of us have been through a lot together and we were hoping for a nice, relaxing, and non-eventful trip.  Right.  Like that was going to happen.

Our first afternoon of fishing was actually darn good.  Josh and I boated over a dozen fish from the northern bays, mostly pike and largies.  Jason and Mike got into a good mess of smallies down by the red house.

We had a nice evening and woke up at the North Pole.  Or so it felt. 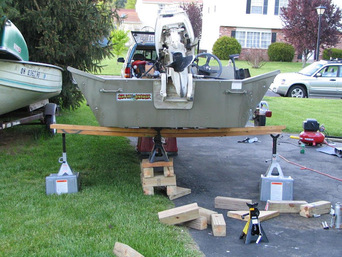 Why do now what you can put off until tomorrow .... or in my case, the day before departure.  Josh was kind enough to sell me a very nice Lowe 1648 mod-v boat with a good running 30 HP Johnson.  I suppose now would be a good time to mention the song  Jason made up about Josh's big ol' Johnson, but on second thought.

Anyway, Josh neglected to inform me that the trailer was not functional and the boat was actually being supported by blocks of wood and ratchet straps.  Time to hit up Home Depot and bust out the angle grinder.  Campbell, Josh and I actually cobbled together a pretty decent fishing set-up.  Now if only Josh had mentioned the leaky transom and the water-logged three year old gas.

Well I ain't saying the fishing was hot hot action all day long, but it wasn't horrible.  We look back on this trip and remember the cold and the boat issues, but I think we actually did ok. 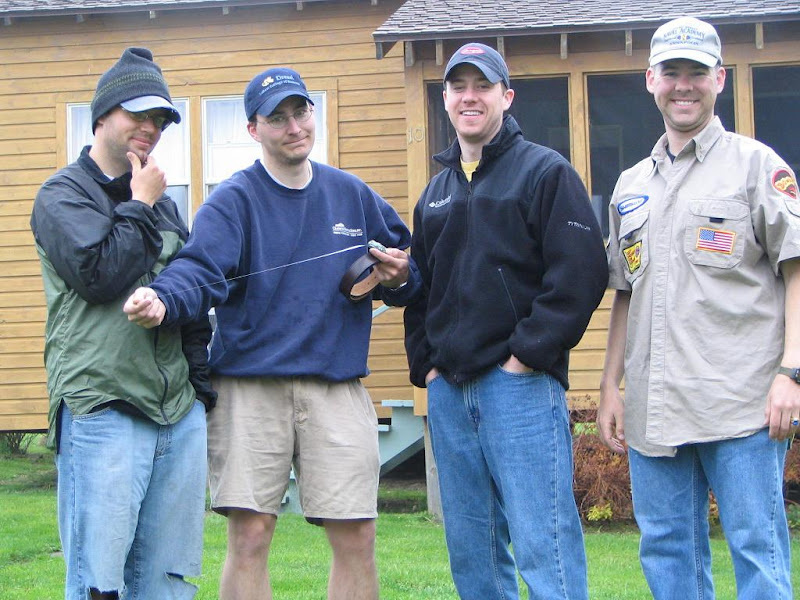