Plagiarism at its best!  Everything you see below I shamelessly copied directly from Josh's website.  Thanks Josh for doing such a great write up of our first post-college group fishing trip. 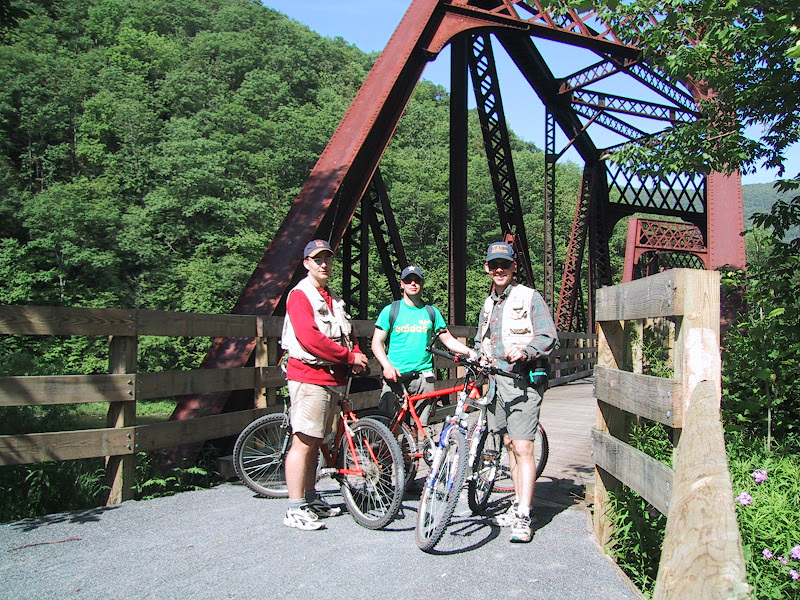 Really, this is the trip that started it all.
My equation for fishing success combines three equal parts:  Catching fish.  Spending quality time with friends.  Continuing to be awestruck by the Lord's beautiful creation.

Only two basic thoughts occupy a fisherman's mind.  When his mind isn't focused on actually catching fish, he is thinking of new places in which to catch them.

There is yet another phenomena unique to fishermen.  Any time a potential new fishing spot is discovered, it is - in the eyes of the one who found it - GUARANTEED to be the best spot ever.  After all, if it did not hold more promise than a preexisting location, it would have been immediately dismissed upon hearing of it.

Consequently, anytime a fisherman discovers a new and bound-to-be perfect fishing spot, his first reaction is always the same:  inform (not ask) fishing buddies that they are going on a fishing trip to "the best spot ever."  Fisherman can be excellent salesmen, and the result is usually a string of e-mails negotiating weeks on a calendar.

By the time this process has concluded and a date is set, the parties involved are stirred up into such a frenzy, that fisherman have been known to depart on week long fishing trips without even taking the time to pack food and clothing.

Such was the case with the fabled Pine Creek Fishing Trip of June, 2001.  I don't remember if it was Jordan or Jason who found this particular "best fishing spot on Earth," but by the time the sales pitch had ended, we were all marking our calendars.

I have a tendency to over-pack and over-prepare for just about everything, so Jordan didn't even try to give me guidance on what to bring.  His guidance to Jason went something along the lines of "Just bring a fishing pole - I'll take care of everything else."  I have photographic proof of this, but for some reason I don't think that posting a picture of one of my best fishing buddies standing naked in a Pennsylvania trout stream would be appropriate.

And as for the part about excited fisherman sometimes forgetting to pack food, fortunately for all 3 of us Jordan was married by this point in life.  Having known Jordan for over 4 years before getting married, Jenn was quite familiar with the peculiarities of fisherman and took pity on us.  She packed food - hallelujah!  You would have thought the heavens had opened and a chorus of angels had descended that night in camp when three famished fisherman stood around a picnic table, dumped a block of brown ice out of a Rubbermaid container into a pan on a Coleman stove, and watched in awe as it magically turned into a gourmet chili dinner.  And there was much rejoicing!

Pine Creek Gorge, known as the Pennsylvania Grand Canyon, runs North/South for 47 miles in North Central PA.  A railroad used to parallel the creek and how now been converted to a hiking and biking trail.
Jordan somehow stumbled across a campground named Petticoat Junction situated on the edge of Pine Creek near the southern end of the gorge.  This allowed us to bike upstream from our camp site along the creek, scouting for the best trout water of all time.  When we found it, we stopped and fished.

Remember my three-fold formula for fishing success?  Well, the views of God's creation were spectacular.  I wouldn't trade the time spent with Jordan and Jason on that trip for anything.  The fishing was... the fishing was, uhhhh, well - hey, two out of three is a passing grade in my book.  So what if Jason was calling Pine Creek the Pine Barren by the end of the trip?  I'll be honest, the fishing wasn't the best the three of us have ever had, but nobody got skunked. And in fact, one of the few fish landed on that trip ended up landing Jordan in the pages of fishing history and on the back of Panther Martin fishing lures in every tackle shop across the country.