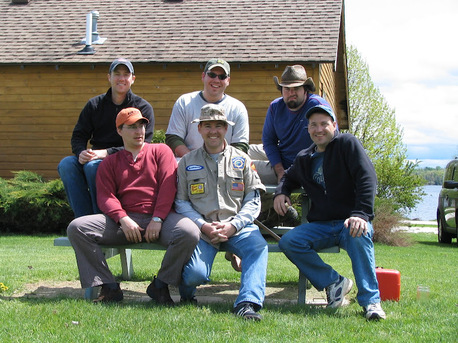 Jeff Harkins joined our crew in 2007 and it was such a success that we invited two more initiates, Mike Kahler and Pete Wismer, for 2008.  Well something must have gone well because both guys returned to fish with us again, and we're sure glad they did.  Man what a great group of guys we have to fish with each year, and for some unknown reason they actually do a good job at catching fish.

It wasn't just new guys that returned to Black Lake this year, Jordan, Campbell, and Josh came too.  We rented two boats.  One was a nice 16 footer with a four stroke electric motor.  The other was a sweet bass boat that we broke on the last day.  See, its not just my boats that give us issues!

Wait, Were We Supposed to be Fishing? 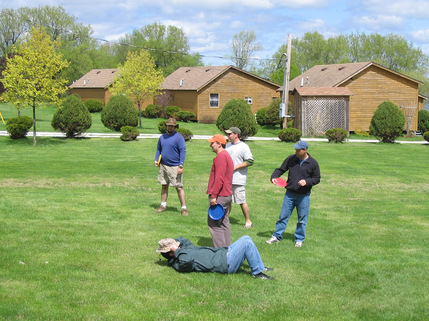 Its not always that the good Lord blesses us with decent weather while fishing at Black Lake, but this year He did.  Sunshine, a light breeze, and moderate temperatures were par for the course.  Let's face it, who wants to waste that kind of weather fishing?  Well, ok, we do .... but we also found other ways to entertain ourselves.

I forget who brought them, but a set of Frisbee golf discs appeared and next thing you know it we were setting up a course and having a blast.

We also spent some time relaxing on top of a high cliff at the southern end of the lake.  There were no cliffs on the northern end of the lake, so we tied the boats together and kicked back on our party barge.  Large quantities of GORP were consumed.

If I remember correctly, Campbell went all pissypants on us because he wasn't catching lots of pike.  It didn't help that Kahler was pulling them in left and right on his crank baits.  I distinctly remember Campbell catching a very nice largemouth bass and saying, "sucks .... another one of these crappy things."  It was a 3.5 pound bass.


As always, we did fine on numbers this trip, but nobody caught anything all that big. 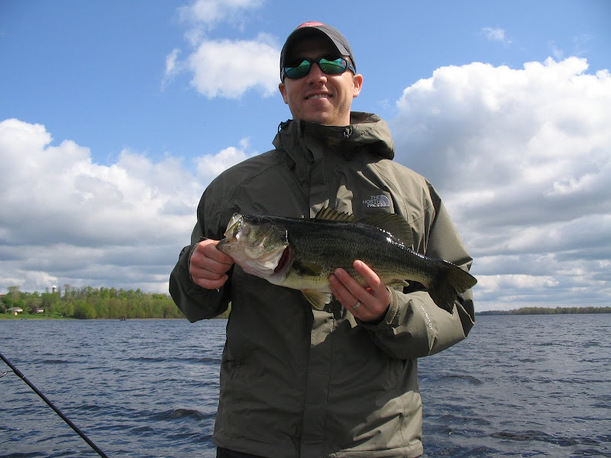 "I'm might be smiling on the outside, but I'm really plotting to drown you all!"