The Year of Little Boats 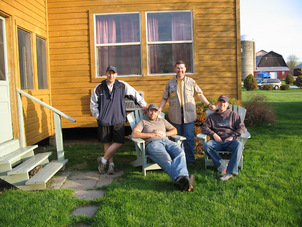 Since it was Jeff's first year joining the adventure, we wanted to start him out small.  We took my 14' Mirrocraft with Campbell's Dad's 9.9 Johnson.  We also rented a 14' from Ali and put my 8HP Mercury on that.  If you know anything about aluminum boats you know we weren't going to win any speed contests, that's for sure.  But we managed to move around the lake just fine and hit all of our regular spots.  And if memory serves me right, we didn't have any motor issues .... or was this the year Campbell and I drifted into the rocks because we had bad gas??  I think I tried to block that out.

As usual, we had a great cabin at Ali's place. 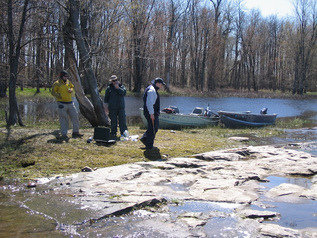 Not surprisingly, one of the days was pretty windy, so we decided to pull over and have a nice shore lunch.  We even had a propane stove, some pots and pans, and a few utensils.  Weeeellllll, lets just say it wasn't a five star meal.  Cleaning the pike on a rock with a dull knife resulted in more bones than meat, and all we had to cook the fish in was a little vegetable oil.  No salt.  No pepper.  No butter.  It was pretty bad, but nobody complained.  Sure is a good thing Josh brought 40 pounds of GORP!  That stuff was awesome.

After our weak attempt at a fish fry, we explored a little bit and then got back to fishing.

Josh elevated himself to the position of entertainment guru by bringing an honest to goodness blowgun on the trip. I never could have imagined how much fun it was shooting little plastic darts at empty water bottles.  Heck, we even made a target board and had a little tournament.  Josh proved to be the most accurate .... was there really any questions about that though?

We also brought along the trusty RISK board.  And, as if on queue, Josh and I proceeded to fight and argue for the better part of an hour over who was going to rule the world.  I think it amused Jeff.  Campbell was fast asleep well before Josh tried to break into South America. 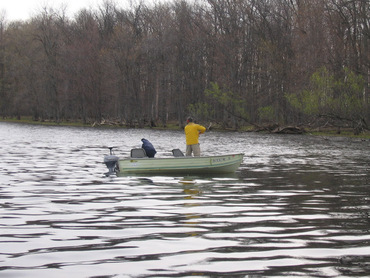 We had one of our very best mornings ever on this trip.  It was the very first morning and I was really hoping to find some fish for Jeff.  We were cruising up to the north end of the lake like we always do when Josh decided to pull over and try a little cutout just before the big bays.  It was a chilly morning, but quite calm.  Man it was hot action for about 90 minutes straight.  We caught pike and largemouth one after the other.

I don't remember the actual count, but I'd say the four of us hauled in over two dozen fish that morning.  Jeff was all smiles!  The rest of the trip was not that hot, but solid fishing none the less. 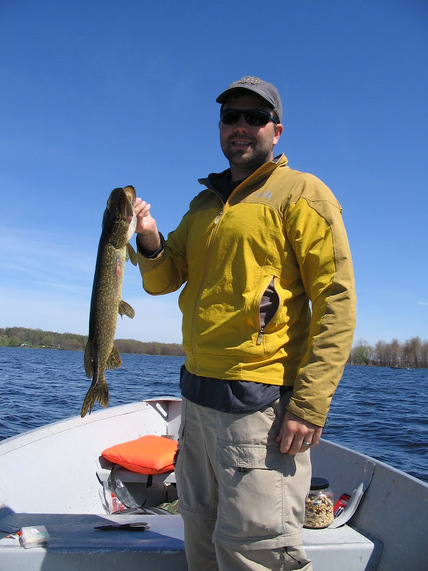