As far back as I can remember, Josh, Jason and I were always looking for new places to fish.  Whether it was the streams and ponds behind Bow Tree, trout streams in Berwick, Tupitza's pond, or the many different parts of French Creek, we just loved exploring new water.  This page gives a taste of those early adventures.  I must say, we were all much thinner back then.  And what's with some of those outfits?

Kind of like eating peanut butter and jelly sandwiches, collecting baseball cards and riding bikes, fishing at Tupitza's pond was a part of our childhoods.  Ok, I exaggerate a bit, but we sure did have some good times fishing in this small private pond for bass, sunfish, and the occasional catfish.

Boy we must have fished this place a hundred times over the years, and we never got skunked.  There were some monster bass in there and the sunfish were the size of dinner plates.  Fly-fishing for sunnies was particularly fun.  So was taking girlfriends there after dark. 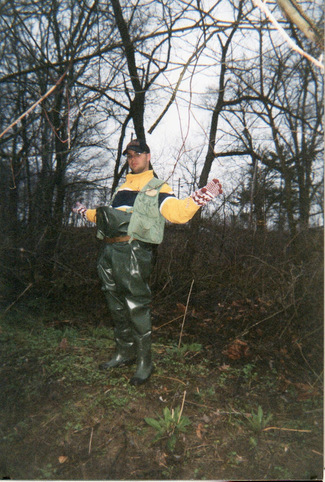 Nice gloves
You know, I've lost all of the other pictures from this trip, but for some strange reason this one seems to say it all.  Jason drove from Taylor to Cedarville one Spring to pick me up for a trout fishing road trip.  It was opening day of the trout season in PA, and we weren't going to miss it.  Here are some of the highlights:

Thinking back now, I don't know how in the world we managed to do all that between 3PM on a Friday afternoon and 10PM the following Sunday.  It was epic!
So we dug up some more photos in Jason's basement ..... for better or worse. 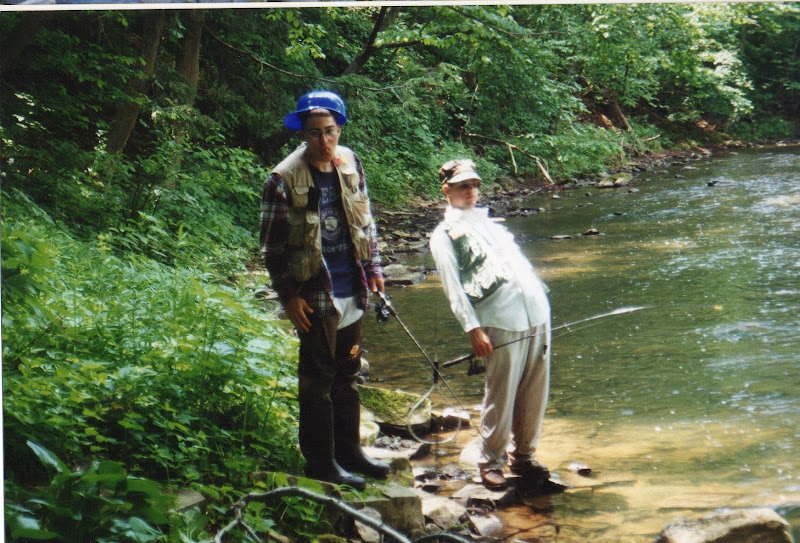 Meet me by the Little League Hall of Fame

It was Spring of 1999 and I had just finished up my Junior year of college.  Josh and Jason had just graduated, and we hatched a plan to meet in Williamsport, PA for some trout fishing and camping.  As usual, we made absolutely zero plans, except for one.  "Just meet at the little league hall of fame and we'll go from there."  No problem.  So I loaded up my 1988 GMC S15 pick-up with all my belonging from my dorm room and headed East.  I had a pee-stained road atlas I stole from my roommate (Jason, you were there) and some quarters for a payphone if I got in trouble.  No gps.  No smart phone.  No NAV system.  Just me, my truck, the atlas, and the goal of finding the little league hall of fame.

A few hours later I had made it.  I was parked at a huge ballfield complex under a gigantic sign that read "Home of the Little League World Series."  Josh and Jason would surely show up soon.  I waited.  I waited longer.  It got dark.  I waited some more.  I was starting wonder what in the world happened to those two yahoos, so I drove into town to find a payphone and call home.  My dad said they left hours ago and were at the Little League Hall of Fame waiting for me.  So we played phone tag for an hour or so and finally met up.  They were at the Hall of Fame museum and I was at the ballfield.  No big deal, only six hours wasted.  Uh, where are we going to sleep?

We drove around aimlessly and finally found what I think was a campground.  It was about midnight.  We slept under the trucks in a field, looked for someone to pay in the morning, found nobody, and left.  That was fun.  Oh, and I seem to remember Josh's Ranger proving that it actually can do 100 miles per hour.

After a while we did locate a stream to fish.  I believe the trout were cooperative.  Honestly the details after that get a bit fuzzy.  I do remember finding a second, more reputable campground to spend the second night, and I remember finding a second stream to fish that proved to be quite productive.  I also remember hanging out along the roadside in the middle of absolute nowhere.  Man, that was a great weekend! 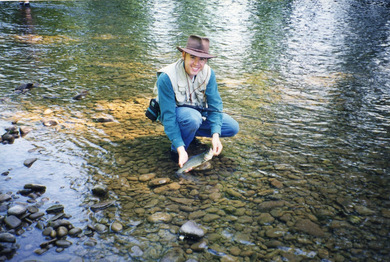 A very nice wild trout caught by Josh
I don't remember why it was taken, and I'm not sure where it got to, but I certainly remember a photo that involved Aunt Tini's bathtub, Jason, and a washcloth.  Fortunately for all of us, the only remaining pictures of that trip involve fish and a campfire.

Again, as usual, Josh, Jason, and I decided to go catch some trout in new water.  Jason guaranteed us that Berwick is the mecca of trout fishing, so off we went.  We were given excellent lodging at Tini and Sue's place, then headed out for an all day trout-a-thon.  It was awesome!  It was a gorgeous sunny day and we found a pristine remote stream to fish.  In our typical fashion, we climbed in the water and started fishing upstream covering plenty of ground.  Hours later we had caught dozens of trout, hiked miles of stream, and seen some amazing scenery.  Best of all, we ended the hike at a little town with a fun little ice cream shop.  We had our snack and then hiked an hour or so back to the car.

The next day we found a new stream and things were just as exciting.  The fishing was almost as good as the previous day, Jason carved lude comments about his girlfriend into a picnic table, Josh was packing heat, and I peed my pants for a dollar.  All in a day's fishing. 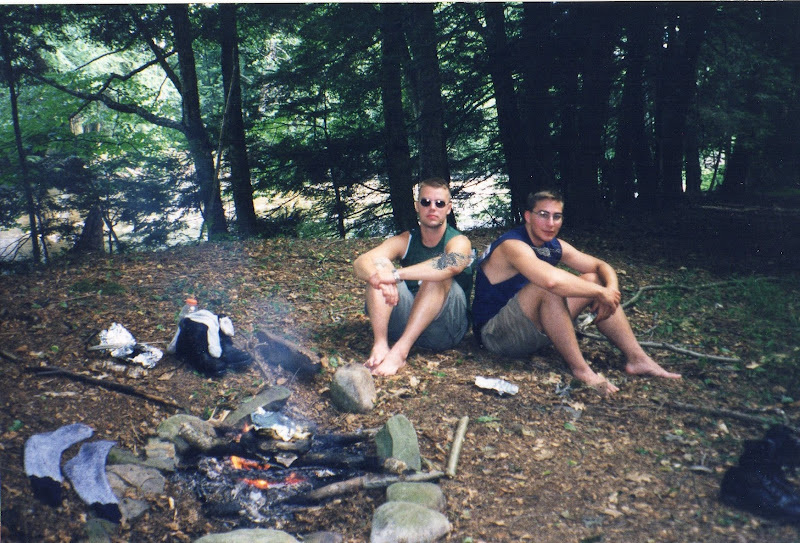 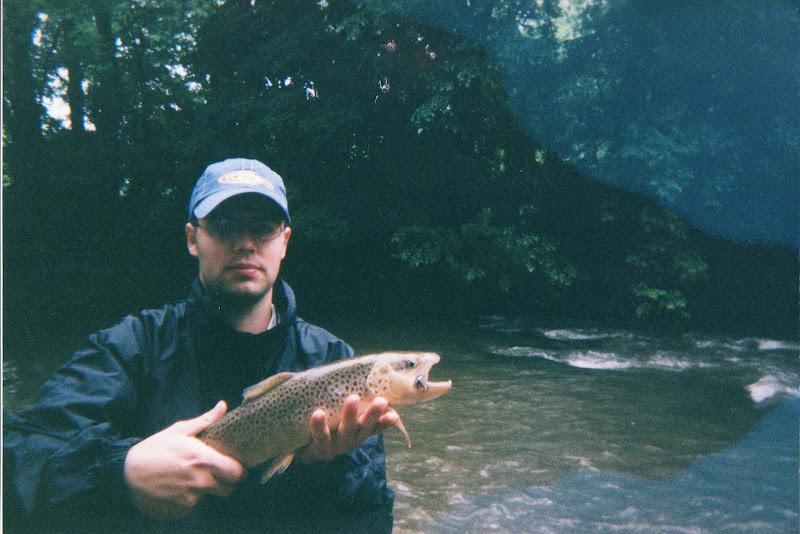